Since the beginning of human history, many millions have enjoyed singing, and as with anything else, some of them are better at it than others. From the better singers, certain singing styles have developed along the way, representing a wide variety of sounds and techniques, and adding to a collection of best practices. The purpose of this page is to highlight just a few of the female singers that I think exhibit many of these best practices. When coaching singers, I’m frequently in need of a good example, so I thought I’d put together a few of my favorites all onto one page for ready reference.

A NOTE ABOUT STYLE
As a choral director and vocal coach, I tend to focus mostly on those styles that make the most natural use and resonant use of the voice—not that I think there’s something “wrong” with the other styles, but because I find so much beauty in that natural, unaffected sound, and also because that’s the sound that works best in a chorus. Because of this, I’m not very attracted to many of the popular sounds out there–particularly those that are very whispery or growly or caracaturish. I appreciate them for what they are, but they aren’t my favorite. No, what you’ll find below are those whose main vocal output is particularly resonant and pretty to the ear.

CATEGORY-DEFINING SONGS
Some of the songs I’ve picked below are ones that I believe to be the most amazing in their styles—so much that they have defined their styles. To understand what I mean, just think of Queen’s Bohemian Rhapsody, and how there is nothing else like it—how it’s in a class of its own. Or think of how The Chordettes’ Mr. Sandman stands out against all the other great girl group songs of the 50s and 60s. That’s what I think that some of the performances below are like. So here are some of my favorites, representing a number of music styles—and each as a few notes to point out what I think is so great about them.

LeAnn Rimes–Blue. This is one of those category-defining songs. LeAnn’s bright sound features the “ping” or the “snarl”, which is what we call that particular resonance of the nasal cavities—-which is a part of a well-balanced vocal approach in many musical styles, from Classical to Country. Her vibrato is natural, which is a good sign that she’s not employing any of the extraneous muscle tension to which so many singers succumb. Also noteworthy in this piece is her clear distinction between her vocal “registers”, as seen in her yodeling passages. (In most styles, the singer tries to smooth over the transition from one vocal sound to the other, but in yodeling, the whole point is to have a stark difference between the two sounds.)

Karen Carpenter–We’ve Only Just Begun. Karen’s greatest vocal strength is probably her silky-smooth resonance in the bottom part of her range. She also has a low-stress approach, and her vibrato is quite free and natural. If you listen carefully to a few of her songs, you’ll catch just a bit of “fry” at the beginning of some of her lower notes—it’s that quick hint of a growl at the beginning of a word. If you’re not a Country & Western fan, don’t be fooled by the steel guitar introduction to the song below, for the rest of the piece is hardly typical typical of C&W.
If I had to pick just one word to describe Karen’s voice, it would probably be “authentic”. And yes, I still remember the day she died.

Rosemary Clooney–Love, You Didn’t Do Right By Me. In my book, Rosemary is the queen of American standards. There were so many stars of this kind of singing that I can’t very well argue that Rosie’s performance here is a style-defining one, but she was certainly among the best. Notice her rich tone and natural vibrato. Notice also the mix of tone-to-air, which varies slight depending on each passage of the song. And the particular moment in this song that made me pick it above all her other work comes right at 1:58, where she smoothly slides down an octave on the word “love”. This moment gives us a glimpse as to her mastery of the voice, for few amateurs can pull off this feat.
Just so you know, Kay and I have a list of the people we’d most like to have dinner with, and Rosie’s name comes up as often as anyone else’s! Kay was able to go to Rosemary’s funeral!

Jean Louisa Kelly–Someone to Watch Over Me. I love Jean’s performance in Mr. Holland’s Opus. She has a light soprano voice, and is particularly clear in her higher range (though her lower notes are excellently rendered, too.) As you listen, note how all her notes, high and low, are well-regulated, such that they all sound as if they’re being played by the same instrument. (Beginning singers often have quite a difference in tone quality between high and low notes.) Here she gives the sweetest rendition of Gershwin’s classic that I’ve ever heard.

Lauryn Hill and Tanya Blount–His Eye Is On The Sparrow. You may recognize these two from their brief duet scene in Sister Act 2. Their vocal style is a bit on the fringes of the un-stressed style I’ve been talking about, but I proudly include them in this list anyway, and welcome the opportunity to talk about the fringes. They make some beautiful tones indeed, but if you listen carefully, you’ll also hear more of the stress and affectations that are atypical of my other selections on this page. Lauryn Hill’s opening line, for example, shows a moderate amount of hoarseness in her tone, which is very likely the result of habitual singing under these vocal stresses. The style they are singing, however, makes good use of these things, making them a stylistic strength where they would be considered weaknesses in the more “legit” school. For example, note the break in the voice on the word “is” at about 49 seconds, and again, the break on the word “constant” right at 1:00. These would be considered faults in the eyes of the purist, but are built into the very style that these two ladies do so very well. They are not incapable of singing it without those faults, mind you, which is evident in the delicate ending (at 3:52), which takes great skill to sing beautifully.

Andrea Mcardle–Maybe. Another favorite of mine is also singing near the fringes of my preferred stress-free style. Singing in the role of the orphan Annie, Andrea “belts” out this ardent song of hope. Notice that her vocal approach has very little of the whisper or air sound in the voice, and is closer to the all-tone-no-air end of the gradient. Her tone is exquisitely clear (and her pitch is great!). Her diction is very clear, and she sounds quite natural.

Inva Mula– Il dolce suono. If you’re of the sort to tell people that you “don’t like opera”, please listen to this piece before you ever say that to anybody else! I’m no expert on opera, but I don’t know of a finer piece than this perfect performance that was featured in the Bruce Willis movie, The Fifth Element. Inva shows absolute mastery over her voice, as well as a perfect command of the Bel Canto style of singing in this gorgeous aria from Lucia di Lammermoor by Donizetti. Anything I’ve said is good about any of the singers above is twice as good about Inva; she’s just that refined. And of course, the piece she is singing is designed to show off that refinement. Again, I’m not saying that the one style is better than the others, for what sense is there in arguing over matters of taste? But I’ll say this: Inva is the only singer in this short list who could pull off this particular song! (Just as LeAnn is certainly the only one here who could pull off Blue!) The final 30 seconds or so are a masterpiece of simplicity and purity of tone. No extraneous stresses here! What you are hearing is the human voice, presented as flawlessly as it gets

CONCLUSION
Regardless of whichever styles may be your favorites, this list of performances includes several passages that require certain skills if one is to perform them excellently. So, what kind of singer are you? Which of these particular lines can you sing just as the artist does, and which do you need work on?

NOTE: If you paid close attention, you noticed that I feature 8 vocalists here, and not just 7, as the title announces. And now you’ll have to figure out which of them was the I-can’t-believe-I-didn’t-think-of-her addition to this article!

Sing, Montana! is a project of We, Montana! 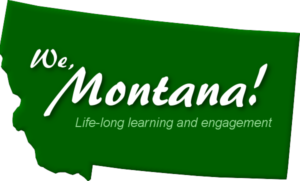